Regular People Who Have Succeeded in Extreme Weight Loss

Throughout most of human history, we struggled to put enough food on our plates. Our bodies evolved to seek out fat and sugar and to store those calories as efficiently as possible. There was a time when that served us well. In early civilizations, food could be scarce.

Our bodies learned to survive by burning complex carbohydrates and plant proteins, which provide a lot of energy without a lot of waste.

Farming allowed them to live in one place, to build shelters and raise families. The rare fatty or sweet foods were stored by their bodies for times when food might be scarce.

Extreme weight loss was never necessary.The way the human body processes food regulates metabolism, and experiences hunger or fullness is a product of this evolution.

In the year 2019, however, things are different. We’re surrounded by fatty foods, but our bodies still crave them as if they’re rare. In America, a cup of fruit costs about three times as much as a cheeseburger. Soda is cheaper than water.

We’re surrounded by processed foods. Our diet has changed more in the last 100 years than in all the thousands of years of human history before 1900. Our bodies, however, haven’t kept up.

We crave fatty foods that we don't need. Our brains react to sugar like a drug, telling us to eat more and more and then crashing when we stop. We still store fat as though we might face a famine at any time. All of these things have led to an obesity epidemic.

We crave fatty foods that we don't need. Our brains react to sugar like a drug, telling us to eat more and more and then crashing when we stop. We still store fat as though we might face a famine at any time. All of these things have led to an obesity epidemic.

In this article, we’ll examine the obesity epidemic and how it’s affecting people. Then, we’ll look at 5 regular people who managed to break the cycle and achieved extreme weight loss.

We’ll dive into what motivated them to lose the weight, what obstacles they faced, and how they were able to achieve their extreme weight loss in our calorie-dense culture.

As much as we would all like a quick and easy option for shedding pounds, the fact is, losing a lot of weight is not easy.

For most people, it comes down to a few basic lifestyle changes:

Regular People Who Have Succeeded in Extreme Weight Loss

Fortunately, there are a lot of success stories involving extreme weight loss. Some Americans are fed up with feeling sick and tired and have made serious lifestyle changes. These changes have resulted in extreme weight loss for each of them.

We would like to feature 10 of those stories in this article. These are regular people, not celebrities, who have achieved extraordinary results. 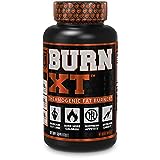 Teena’s weight came on gradually as a result of drinking 6 - 8 sodas a day and eating only fast food. The turning point in her life came when she saw an ad for Anytime Fitness on the television. She said to herself, "God, I wish you would put one of those in Gilmer, Texas." Shortly after, she got her wish.

Teena says she used “old-fashioned grit and determination.” She started slow and set realistic goals. Now, she works out six to seven days a week. She believes that first investment in a membership to Anytime Fitness saved her life. She also made changes to her diet such as portion control and cutting treats to a minimum, but she refused to deprive herself completely of anything.

Weight issues run in Danny’s family, as do heart disease, high blood pressure, and diabetes. A high fat, high sugar, fast food diet caused his weight to soar, and the death of his father caused a depression that sent his weight to its highest point.

His breaking point came when he and his girlfriend had to take a break while climbing the stairs to their apartment. He knew that two people in their twenties should not have trouble with a few stairs. They knew they had to change.

Danny started with small changes such as cutting back on fast food and snacks. He and his girlfriend eventually upped the amount of fish, vegetables and other healthy foods in their diet.

After some time, they started going to the gym. It was slow at first, and they could only walk about 20 minutes at a time. Now, however, they go about six times a week, and Danny can run five miles.

Justin explains that he ate an abundance of everything. He used food to manage all his emotions and food consumed his thoughts. He would eat bowls and bowls of pasta and anything that was available.

His turning point came during a hospital stay when he was 16. Doctors told him that he needed to lose weight or would be dead soon. At 16, that startled him into change.

At his weight, Justin had to start very slow. He began with simply sitting and standing, trying to increase the amount of time standing. It was slow and painful at first. Eventually, he was able to walk for 20 - 30 minutes and took advantage of a therapy program at his local hospital.

Seeing success, he joined his local YMCA and began walking on his own.He also started light weight training. Eventually, he worked his way up to running a 5K. Changing his diet was harder.

He struggled to learn portion control because of his love for food. Justin worked to cut out refined sugars and high-fat foods and exchange them for whole grains and other healthy options.

He is now on a mission to cut out sweets altogether and has succeeded so far. He continues to work out and has gained some weight back in muscle mass.

Cody’s life began with unhealthy choices. His parents were both alcoholic smokers, and his childhood diet consisted of fast food, soda, and cheap snacks. He continued these choices into adulthood, relying on sugary breakfast foods and energy drinks.

Cody describes having many wake-up calls in his life. He was kicked off a roller coaster and had to buy two seats on an airplane. Restaurant booths didn’t fit him, and he was afraid of breaking dining room furniture. Finally, he bought the biggest belt at the big ‘n tall store, and it didn’t fit. He knew he had to do something.

Cody started his journey full speed ahead. He began working out three times a week, hired a personal trainer, and followed the Paleo diet. Now, he can ride roller coasters, loves to run, and can keep up with his children. He has forgiven his parents for their poor choices and hopes to inspire others. 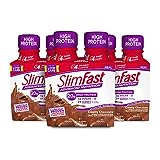 Mark had an emotional relationship with food. Starting from childhood, every emotion was a reason to eat. Food was a source of comfort but also his worst enemy. He describes binge eating and feelings of guilt. He also lead a very inactive lifestyle and often ate late at night.

Mark lost the weight by walking, but also by changing other parts of his life. He saw a therapist and went back to school. Healing his emotional issues helped him make great physical changes. He still struggles with body image issues sometimes, but he works hard to stay positive and active.

Extreme weight loss is a very personal journey and is different for every person. In a country plagued by obesity, these 10 stories are just a fraction of the people out there who are at some stage in their weight loss journey.

If you are currently obese and are considering extreme weight loss or you know someone who is, then these stories may be encouraging.

They also highlight some of the struggles that came with extreme weight loss. You should always consult your doctor before you begin any weight loss plan, and he can help you on your journey to a healthier body. As Americans, we don’t have to remain obese.

As these stories show, change is possible. Extreme weight loss can be more than a wish. It can be a reality.

Get the Latest News